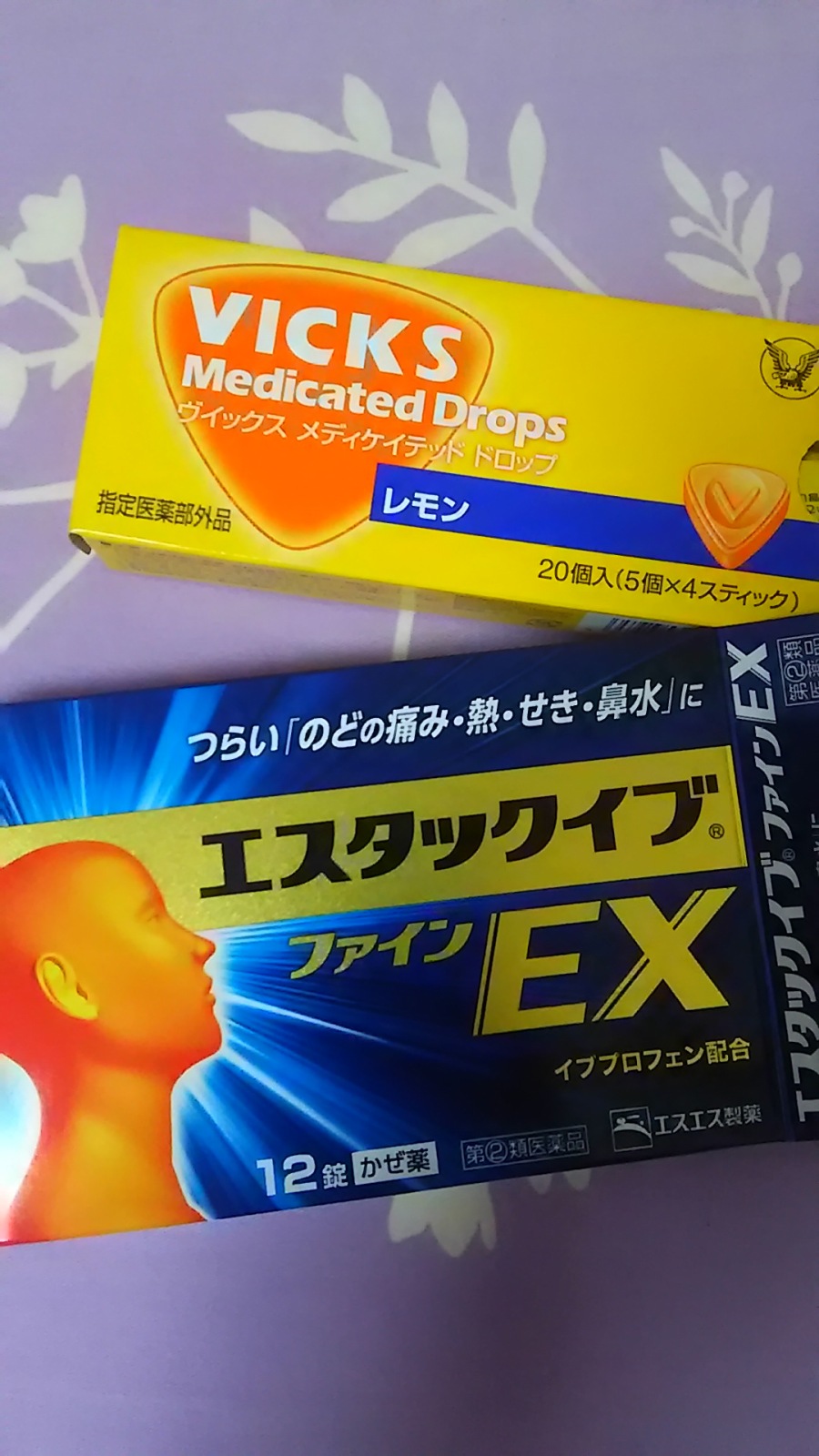 It was only a matter of time before I succumbed to some sort of illness. Everyone around me has been hacking and wiping their noses and looking utterly miserable for the past month and a half, so it was less a question of “if” and more of a “when”. All the same, while I stockpiled tissues and lozenges, I wasn’t entirely prepared when the cold got me because I forgot one essential thing: the actual cold medicine.

When I first came to Japan, I came with a small plastic bag full of the medicines I regularly used at home for just about any ailment. Upset stomachs, the cold, allergies, cuts, you name it. I had creams and pills all set to go in case anything happened.

My naive assumption was that, since I had prepared things so thoroughly, I wouldn’t possibly need to go through the awkward song and dance required at the local drugstore should things go south for me.

Then a visiting friend complained of a bad headache, and wouldn’t you know it, I was out of painkiller. So, gritting my teeth, I pulled up my free dictionary app on my iPod at the time to see what words I’d need to use to find what I needed.

“Zutsuu (頭痛）. Atama ga itai (頭が痛い）. Netsu ga nai (熱がない).” In order: Headache. My head hurts. I don’t have a fever. You name it, I had it saved in the dictionary so I could communicate with whatever poor soul would be forced to talk to the clueless foreigners.

Armed with my knowledge, off we went to the drugstore… where, to my surprise, each section of the drugstore had the purpose of the medicines listed in English as well as in Japanese.

“I guess we go over here,” I said, indicating the one that said, “Painkillers.” So over we went, and without having to speak to anyone I managed to find a package of Bufferin, an oral aspirin, and pay for it all with little trouble.

Feeling like the whole thing was anticlimactic, my friend and I went back to the apartment, the friend had some painkillers and felt better, we went out for okonimiyaki. The end.

But it’s something that I’m reminded of often because every time I become the slightest bit ill, a Japanese person will stare at me, wide-eyed, and want to know why I don’t simply go to the hospital instead.

I know what you’re thinking, westerners- if someone says, “Go to the hospital”, then you must be very ill indeed. High temperature, frothing and babbling in strange tongues, the whole deal. But no, in Japan going to the hospital for any illness, no matter how slight, is a regular occurrence. Feeling faint? Pop in and get a prescription. Toothache? Go in, get a referral and some painkillers. Got a fever? Thank goodness you came in- time to load up on the medications!

Why? Well, aside from the fact that everyone here lives in very close proximity to each other and therefore it’s easy to pass along illnesses if you’re not careful, going to the hospital is cheap. In fact, it can be cheaper in terms of money than picking up medicine for yourself. For Americans especially, this can be a very foreign concept to wrap our heads around.

If you take a look at that packet of cold meds I have at the top of the page, how much do you think that 12-pack ran me? It was about 13 bucks. Compare that to when I had tonsilitis and went to a hospital, and got three medications for about 10 US dollars.

But you do, however, pay in terms of time. Waiting times at the hospitals can be quite high, since everybody has the same ideas as you. If you make an appointment, then that’s ideal- but if you do a walk-in, expect to wait an hour or more at the busier places.

So it was that, upon waking and discovering that my nose and throat had opted to wage war against me, I took a hot shower, dressed for -30 degree weather (it was about 45 degrees Fahrenheit out), and marched out to the nearest drugstore, looking up the words I needed on my phone.

I popped in, went over to the pile of allergy/cold/flu medicines that were haphazardly strewn about on the same counter, picked the one that matched my symptoms, paid, and left. The whole thing took me about fifteen minutes, though it felt like thirty because I was trying very hard not to dribble or cough on anything and the cashier was taking her sweet time bagging everything. (She did a great job, I was just impatient.)

All in all, the message I guess I’m trying to get across is that preparation beforehand can save you a lot of woes. Get a list of symptoms in the local language saved somewhere on your phone or scribbled in a notebook so all you have to do is point later. Buy medication back home if you are able to, so you have the comfort of knowing exactly what you’re downing to improve your health. If not, go to the drug store and get things ahead of time, rather than staggering around in a stubborn cold-induced haze like I did. Grab a friend who can translate for you if you’re able; if not, having those notes can be life-savers, especially if you don’t speak a lick of the language.

How do you handle getting sick? Do you have medicine stockpiled (like you should)? Or do you run to the store last minute like me? Have you ever had an awkward run-in with the local pharmacists re: medication?

2 thoughts on “Preparing to be sick”