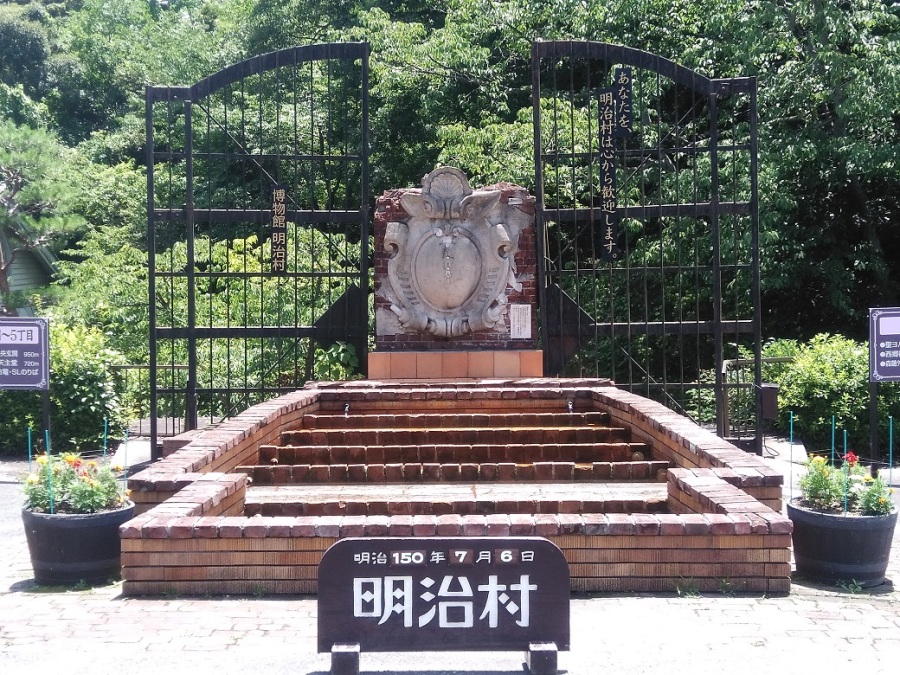 I feel almost bad to admit that, though I’ve been to Nagoya twice now, I have yet to hit up Nagoya Castle, the Tokugawa Museum, or most of the other “famous” places everyone expects you to go. However, I have found some great places to see in Aichi around Nagoya City. You may remember my post about the Totoro House; today, let’s take a look at Meiji Mura. 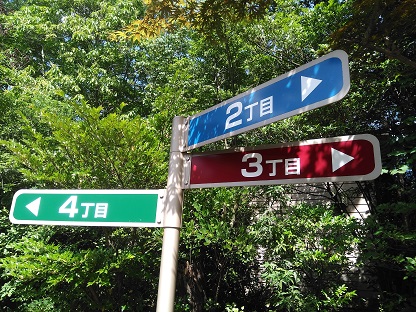 For those of you who aren’t history buffs (like me, I am definitely not one!), the Meiji Period in Japan ranged from the 1860s to the 1910s. Very basically, the period started when the power in Japan shifted from the shogunate back to the Emperor who was, interestingly enough, called Emperor Meiji. This was the time between the Edo period and Taisho (World War 1) periods.

Lots of westernization took place, and that’s very evident in the buildings you can see at Meiji Mura Museum. Located in Aichi Prefecture, it takes about an hour from Nagoya Station, and this place is massive. If you’re keen on a day out and about but want some education with your nature and sightseeing, Meiji Mura might be the place for you.

To get there, hop on the Meitetsu Inuyama Line from Nagoya Station until you reach Inuyama Station. (NOT Inuyama-guchi, the one after that). It’ll run you 550 yen and take about 30 minutes. Once you get to Inuyama, head out down the stairs from the Station and look for buses bound for Meiji Mura (明治村） or Seimon-mae （正門前）. You may have to look for the characters, as I didn’t see much English written anywhere. Once you hop on the bus, it’ll take another 20 minutes or so and cost 420 yen. The bus will drop you off in front of the theme park; once there, make sure you take note of the bus arrival times. It only comes a few times a day, and you don’t want to be stuck or depending on a taxi to get you back to Inuyama Station!

This theme park is expensive- 1,700 yen per person. But I argue it is well worth it. We arrived around 11:30 a.m., and gave up around 4 p.m., but we didn’t see everything there. There are five neighborhoods, or “chome”, you can explore. Once you enter, you can get a map (in English) listing everything. I recommend you have a look and plan what you really want to see, rather than striking off in a random direction like we did. 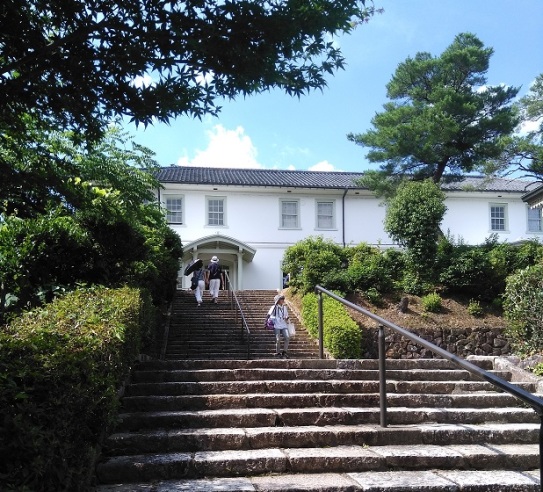 That’s not to say we didn’t have a system in stone; we basically went in order, from the first neighborhood to the last. You can enter most of the buildings in the theme park; a lot of them you’re free to wander around on your own, but there are several where you’ll have to be led around by a volunteer tour guide. You’ll see signs outside these buildings with the times for the tours listed; keep track of them if you’re interested. We personally didn’t want to wait around for the tours, so we skipped those unless we got permission to wander through them on our own. 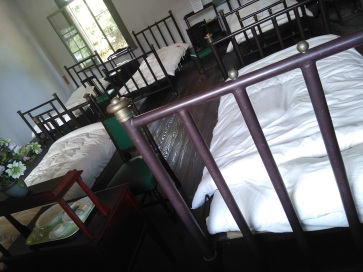 There’s a lot to see; Japanese and western-style churches, bath houses, theaters, schools, hospitals, police boxes, a jail, and the list goes on. My personal favorites were the hospital and the post office.

Around the junction between the 2nd, 3rd and 4th neighborhoods you’ll find a restaurant and some snack stalls. You can pick up some ice cream or, if you’re in the mood for something more substantial, a couple of noodle dishes. 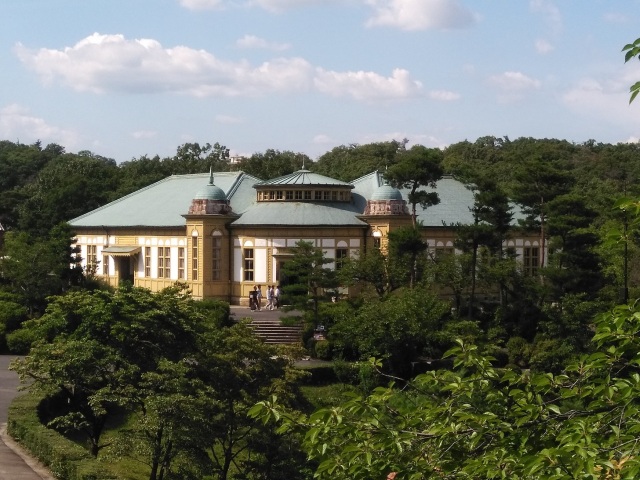 Like I said, we didn’t hit everything, but what we did, we enjoyed. Most of the buildings of note had explanations in Japanese and English, so we were able to understand what we were looking at. A couple of the staff also spoke to us in English, which was helpful when we inevitably got lost in the middle of the theme park.

By the time the four o’clock bus rolled around, we were exhausted from walking, but satisfied with what we saw. I’d like to go back in the future to see the 5th neighborhood, which we didn’t see anything of.

Have you been to Meiji Mura or another such theme park? What did you think of it? Would you recommend it?

6 thoughts on “A day walking in history: Meiji Mura”