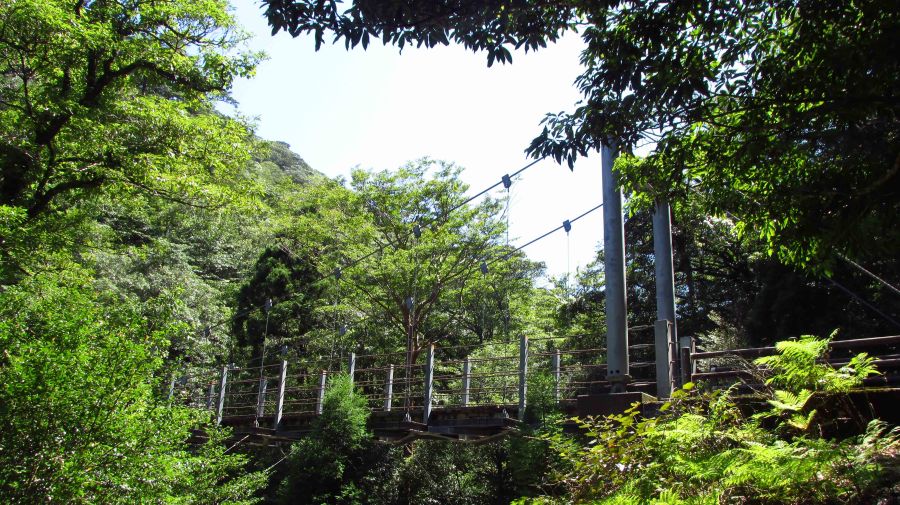 Before we start, let me set one thing straight: if you’re planning to do the Jomonsugi Hike, that is at least a 10-hour ordeal and you will definitely want to stay on Yakushima for at least two nights. Otherwise, you’d better have a car and great planning with the ferries.

I’ll confess something to you guys. The only reason I had ever heard of Yakushima before was because of a video game called Persona 3. (Great game, by the way!) In the story at one point, the characters go to Yakushima in the summer and hang out on a private beach.

So when I was looking up Kagoshima for things to do and saw that one option was a trip to Yakushima, I immediately got to booking my stay there.

I got up bright and early for the 7:30 am ferry to Yakushima Miyanoura port. Round-trip ferry fare is about 15,000 yen per person, with travel time being about 3 hours. The ferry was quiet; I imagine everyone else was as sleepy as I was. I napped most of the way to the port.

Once there, everyone dispersed immediately. Some got on tour buses, others drove off, and others still seemed to disappear into the ether. I opted to go to the nearby Environmental Culture Village Center. I’m very glad I did, because once there I was able to get my hands on a bus pass for the two days I’d spend on the island. When I went, bus passes could not be purchased on the buses–you had to go through your hotel, the Center, or a similar facility. You’ll be looking at 3,000 yen for a two-day pass. 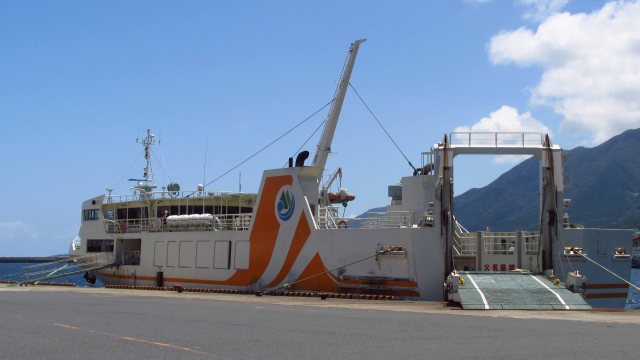 That sounds like a lot, but given how long it takes to wind around the island and how much each individual ticket costs? It’s worth it. I saw some tourists grumbling because they thought they could do individual tickets and had to pay something like 1,200 yen for a single one-way trip–and that wasn’t even traveling the whole route!

I grabbed some lunch at a cafe in the Center (curry and rice) and checked out some exhibits about Yakushima. Imagine my surprise when I discovered that Yakushima is partially famous because it almost always rains there! In fact, there’s a saying that it rains there “35 days a month”.  I just happened to have arrived on a rare sunny day. Considering I often get rained out of my plans, I was thrilled to have the opposite outcome this time.

Once my legs felt stretched and my belly felt full, I then went off on a bus ride all along the island to check out the views. I know that sounds odd after already spending several hours in transport, but I figured if I started off at the furthest point of the island I could work my way back along if I had time. Off I went to Okonotaki Falls. The trip on the bus took over an hour, but as it was along the coast I got to see some really beautiful spots along the way. The bus driver informed me that, in certain months, you can wake up early and see turtles laying eggs on the beach. However, we had just passed that season. Oh well, better luck next time.

Okonotaki is 88M high, and apparently in the “top 100” list of coolest waterfalls in Japan. Given how many waterfalls I’ve seen in this country, that’s saying more than you think! It was a lovely space to walk around and take it easy before getting back on that bus.

I also checked out Senpironotaki Waterfall on the bus ride back toward civilization. It was still early enough that I wanted to get a little hiking in, so I decided to poke around Yakusugi Land (or Cedar Land). 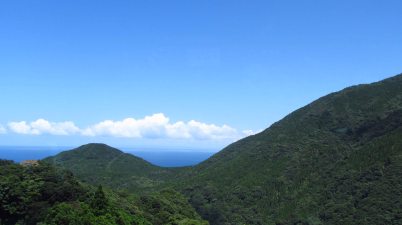 There are several hiking trails in Yakushima. Some are as few as 20 minutes long and are on a clear path. Others, like the Jomonsugi hike, will take you every hour of daylight. I opted for the former and took a leisurely walk to check out all of the cedar trees. Despite it being summer and late afternoon, the path was pretty quiet and you could feel like you were on your own out in the woods.

Once it started getting dark, I hopped on the bus a third time to get to the cottage I’d chosen for the night. The owner of the accommodation was a wonderful gentleman who not only took me by car to the nearby supermarket so I could buy myself dinner, but also helped me order a traditional breakfast bento for the next morning!

Upon waking up, I had to decide what hike to do next, and opted on the Shiratani Unsuikyo Ravine route. The woods here are credited for inspiring the lead artist for the Miyazaki film Princess Mononoke, and there are multiple routes you can take through the ravine depending on what you want to tackle. And if you choose to go through this route? Well, let me share a couple photos for you to gape at the sheer greenness of it all. 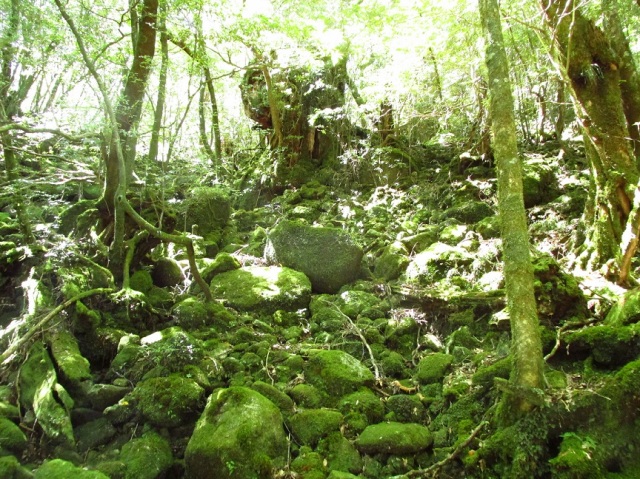 Since you can choose your route through this area, your hike can last anywhere from 1-5 hours, so plan ahead and prepare accordingly. Regardless, make sure you’re wearing waterproof shoes or boots (the latter preferred), and bring rain gear. If there’s been heavy rain recently, it’s possible this path will be closed. There is one route that leads to a lovely overlook of the area, and another that meets up with the Jomonsugi path.

Perhaps it was due to luck, but I didn’t meet many people on my hike; there were maybe one or two other people at the trailhead, and another couple of folks on the way through. I found this a very peaceful way to immerse myself in the woods, and by the time I wrapped up I was more than ready to sit on my butt for three hours on the ferry back to Kagoshima.

Was it worth an overnight? Oh absolutely. It was beautiful and the hikes were very accessible. Would I recommend a longer trip? If you’re there to do some hardcore hiking, I’d suggest 3-4 days, to be honest. But at least an overnight (with the potential addition of renting a car) is something I urge everyone to consider.

Have you been to Yakushima? Or have you been on any fun overnight trips lately? Please share if so!